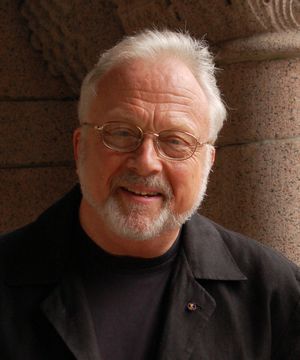 Named 2007 Composer of the Year by Musical America and honored with a Grammy Award [Best Classical Contemporary Composition] for his ground-breaking setting of Blake’s Songs of Innocence and of Experience [the album received a total of 4 Grammys], William Bolcom is a composer of cabaret songs, concertos, sonatas, operas, symphonies, and much more.  He was awarded the 1988 Pulitzer Prize in Music for his 12 New Etudes for piano.

With his wife, mezzo-soprano Joan Morris, he has concertized for over 40 years throughout the United States, Canada, and abroad. In addition to their live performances, Bolcom and Morris have recorded 25 albums of music drawn from the American Popular Songbook.  Their first album, After the Ball, garnered a Grammy nomination for Joan Morris.  Their recent recordings include:  two albums of songs by lyricist E. Y. “Yip” Harburg and Gus Kahn; Bolcom’s complete Cabaret Songs, written with lyricist Arnold Weinstein;  Someone Talked:  Memories of World War II with tenor Robert White and narrator Hazen Schumacher; and Autumn Leaves, a collection of 21 popular cabaret songs.

In the spring of 2007 Bolcom was feted in Minneapolis-St. Paul, Minnesota, with a two and a half-week festival of his music, including master classes, recitals and concerts of his vocal, organ and chamber music. Titled Illuminating Bolcom, the festival was highlighted by two performances of Songs of Innocence and of Experience accompanied by animated projections of Blake's illuminations.

Recent productions of A View from the Bridge have been mounted by Washington National Opera, the University of Texas/Austin, and the Rome Opera.  In 2016 eleven performances of his first opera, McTeague, were produced at the Landestheater in Linz, Austria.  The recording of Prometheus [text by Lord Byron] with pianist Jeffrey Biegel, the Pacific Symphony and Pacific Chorale and Canciones de Lorca with tenor René Barbera, both conducted by Carl St. Clair, is now available on Naxos.  His Eighth Symphony, premiered in February 2008 by the Boston Symphony Orchestra and Chorus, conducted by James Levine, is available for downloading on the BSO website.  His next opera, Dinner at 8, will be premiered in March 2017 by the Minnesota Opera.

Bolcom joined the faculty of the University of Michigan's School of Music in 1973, was named the Ross Lee Finney Distinguished University Professor of Composition in 1994, and retired in 2008 after 35 years.

He has recorded for Advance, Jazzology, Musical Heritage, Nonesuch, Vox, Omega, Naxos, Centaur, and Albany, among many others.